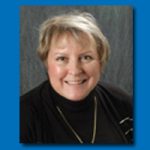 Geri is on the staff at Banner Alzheimer’s Institute as a Clinical Nurse Specialist. She is a pioneer in care strategies for people with Alzheimer’s disease and related dementias, Geri developed the “Progressively Lowered Stress Threshold Model (PLST),” a flexible framework for planning care with the first measurable outcomes to evaluate dementia care. The PLST model results in significant decreases in problem behaviours commonly associated with dementia while individualizing care regardless of setting and is used in practice and research throughout the United States, South Korea and here in Australia

Geri has served on numerous boards and panels including chairing the Iowa Governor’s Task Force on Alzheimer’s disease; task forces to develop standards for dementia care in institutional settings, the Ethics Committee of the American Geriatrics Society, editorial boards and grant review panels. She is a fellow in the American Academy of Nursing, and a member of the Rosalynn Carter Institute Caregivers Program. In 2004, she presented “Everyday Ethics of Alzheimer’s Disease” to the President’s Council on Bioethics.

She is a prolific public speaker and writer with about 90 professional and lay publications. For over ten years, Geri volunteered on the Alzheimer List, an online support group of about 600 caregivers sponsored by the Washington University Alzheimer’s Disease Research Centre.